For the past decade, Beardbrand has been growing a loyal community of well-coiffed fans.

It’s taken time, commitment and creativity, just as with growing and maintaining good-looking facial hair. But today, the company sells its products—including beard oil, balm and combs—to discerning “beardsmen” on six continents. Beardbrand also reaches an audience of more than 2 million across YouTube and Instagram.

For all its digital success, Beardbrand has hit some of the same challenges that other DTC brands are experiencing, including high online ad prices.

Sensing that some customers prefer to be met offline, Bearbrand tapped PostPilot to deliver its message to lapsed shoppers—and reaped big rewards.

“When we stay true to our brand and mission, our customers really connect,” says Eric Bandholz, Beardbrand’s founder and CEO.

In this case study, we’ll show how Beardbrand generated staggering results by using postcards to reach VIP customers who aren’t accessible by email. Even better, PostPilot made it a cinch.

She’s far more likely to pay attention when a brand sends her something tangible in the mail—in part because, like most consumers, she’s overwhelmed by emails and digital ads.

Online ads have also lost some of their luster due to mounting costs. “It wasn't that people weren't seeing the ads or even that the ads weren't working,” Golay says of their recent ad campaigns. But the costs are outweighing the results.

olay’s early efforts with direct mail—a prospecting campaign—didn’t pan out. It was complicated and time-consuming (she worked with multiple companies and had to do the design herself). The ROI was disappointing.

That’s where PostPilot came in.

PostPilot’s Campaign Concierge Service created a postcard campaign that focused on Beardbrand’s hard-earned customer list. There are thousands of satisfied customers the brand could no longer reach through email, because they had unsubscribed or stopped opening messages. Postcards could break through.

The Promise: A Powerful Postcard with Almost No Effort

Beardbrand has a small team. And while Golay can handle almost any kind of design, she already has plenty of work on her plate.

She relied on PostPilot’s deep expertise in direct mail to guide the postcard campaign every step of the way, from strategy to execution. The team quickly presented her with a strong design that used Beardbrand’s photos, and fonts and brand voice.

“I could approve it that day and get things out the door at a much faster pace. The sooner we get it out the door, the sooner we'll have results to test and iterate on.”
Shaina Golay, Art Director

The VIP winback campaign went to customers who had bought from Beardbrand three or more times, but stopped buying and weren’t engaging with email or digital ads. Check it out:

The front was personalized with the customer’s name, and spoke to the “seasoned beardsman” who might be due to replenish their supply of “the most trusted grooming products.”

The back showcased some of the brand’s best-selling products alongside a call-to-action and a coupon code to save $20 on their next purchase of $50 or more.

The coupon was notable for two reasons. First, Beardbrand rarely discounts its products.

Second, the postcards used single-use unique coupon codes (SUCCs). No two cards had the same code and each code could only be used once. That made attribution a breeze: As soon as cards began landing in people’s mailboxes, orders started rolling in, and the codes linked each purchase back to the mailing offer.

When a customer hits “unsubscribe” and doesn’t place an order for six months, they’re probably gone for good, right?

Wrong—but in a good way, as Beardbrand found out with its VIP winback campaign.

Let’s just take one segment as an example. Beardbrand uses Klayvio for email flows. Since PostPilot integrates with that platform, we could leverage the company’s existing customer data.

We sent cards to 1,119 customers who had shopped from the brand at least three times but hadn’t made a purchase in at least 6 months. (In the screenshot below, LOD is the number of days since they’d unsubscribed and NO is how many times they had purchased, in this case more than two.) The mailing brought in $13,000 in sales, for an ROI of almost 2500%.

‘’I was surprised by the number of people who were getting the postcard and shopping immediately upon receiving them,” Golay says.

Because these customers were unsubscribed from email, the attribution case was clear: It was a postcard in their hands (or sitting on the kitchen counter) that brought them back into the fold.

‍Many VIPs took advantage of the discount offer, but most of the sales were at full price ($8,000, compared with $5,700 in coupon sales). That suggests that they were re-engaging with the brand for reasons beyond the one-time bargain.

“Those are still customers who want to buy or are ready to purchase,” Golay says. “It's just that maybe we need to find a new way to get in front of them.”

In fact, the results were comparable to a postcard campaign sent to current email subscribers. With 3,557 VIPs in that segment, the campaign brought in more than $36,000 in sales, for a 2082% ROI. Coupon sales, the most conservative performance measure, were likewise strong at nearly $15,000 (an 853% ROI)—sales that can be directly attributed to the postcards.

The Postscript: More Opportunities to Engage

Beardbrand has embraced evolution and experimentation. As it enters into a new phase with a website redesign, fresh packaging, and a more focused product selection, it needs a robust mix of marketing channels to keep customers in the loop.

“Men’s grooming is a very competitive space, and a lot of brands sell the ‘best’ product,” says Bandholz. “We work to stand out from the crowd by focusing on the hard things other companies aren’t willing to do.”

The brand is using postcards to avoid leaving money on the table, automating a slew of ongoing campaigns that will deliver sales for months, and even years. Now that will put hair on your chin. 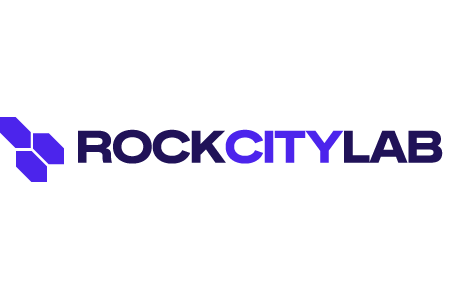 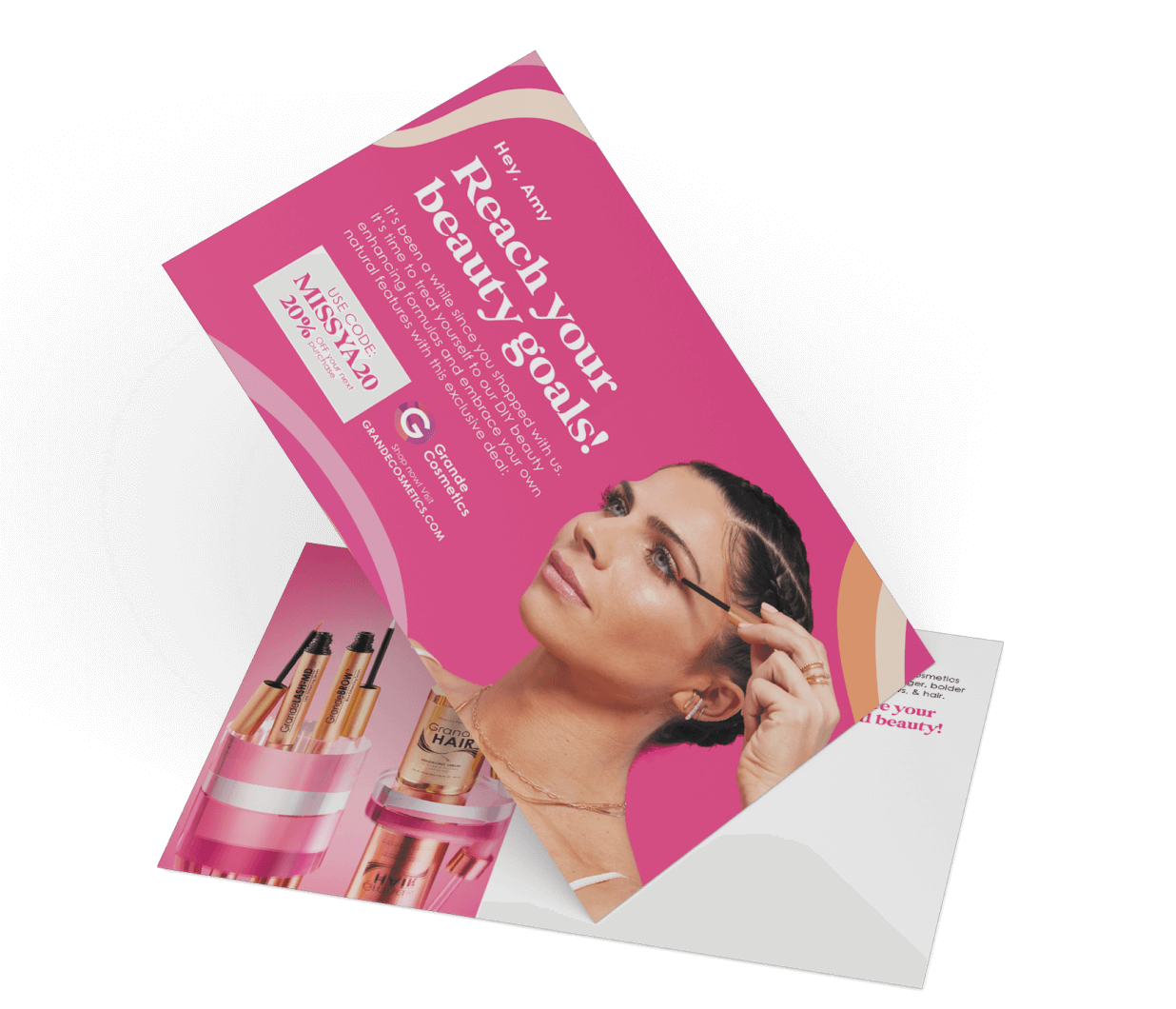 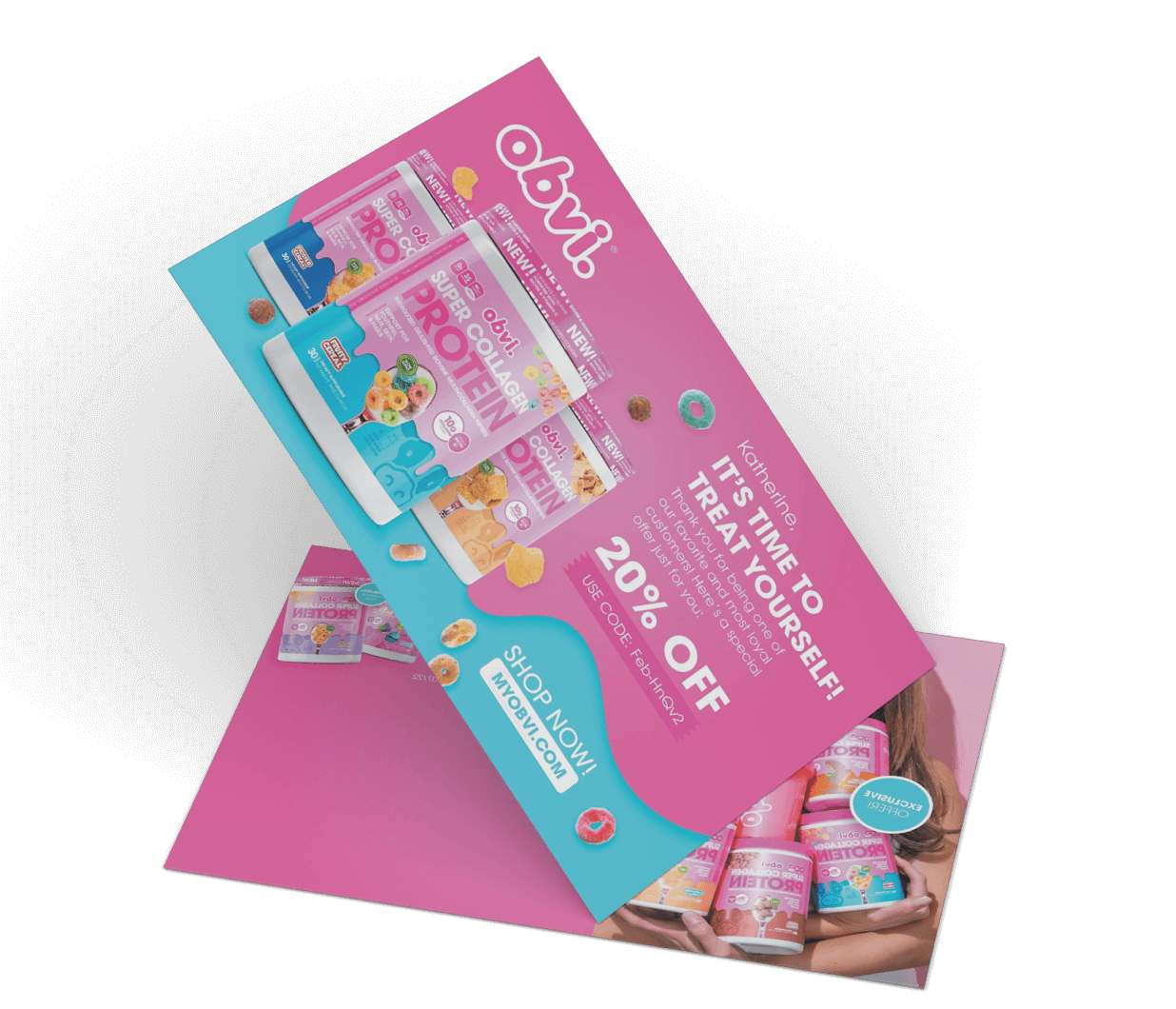 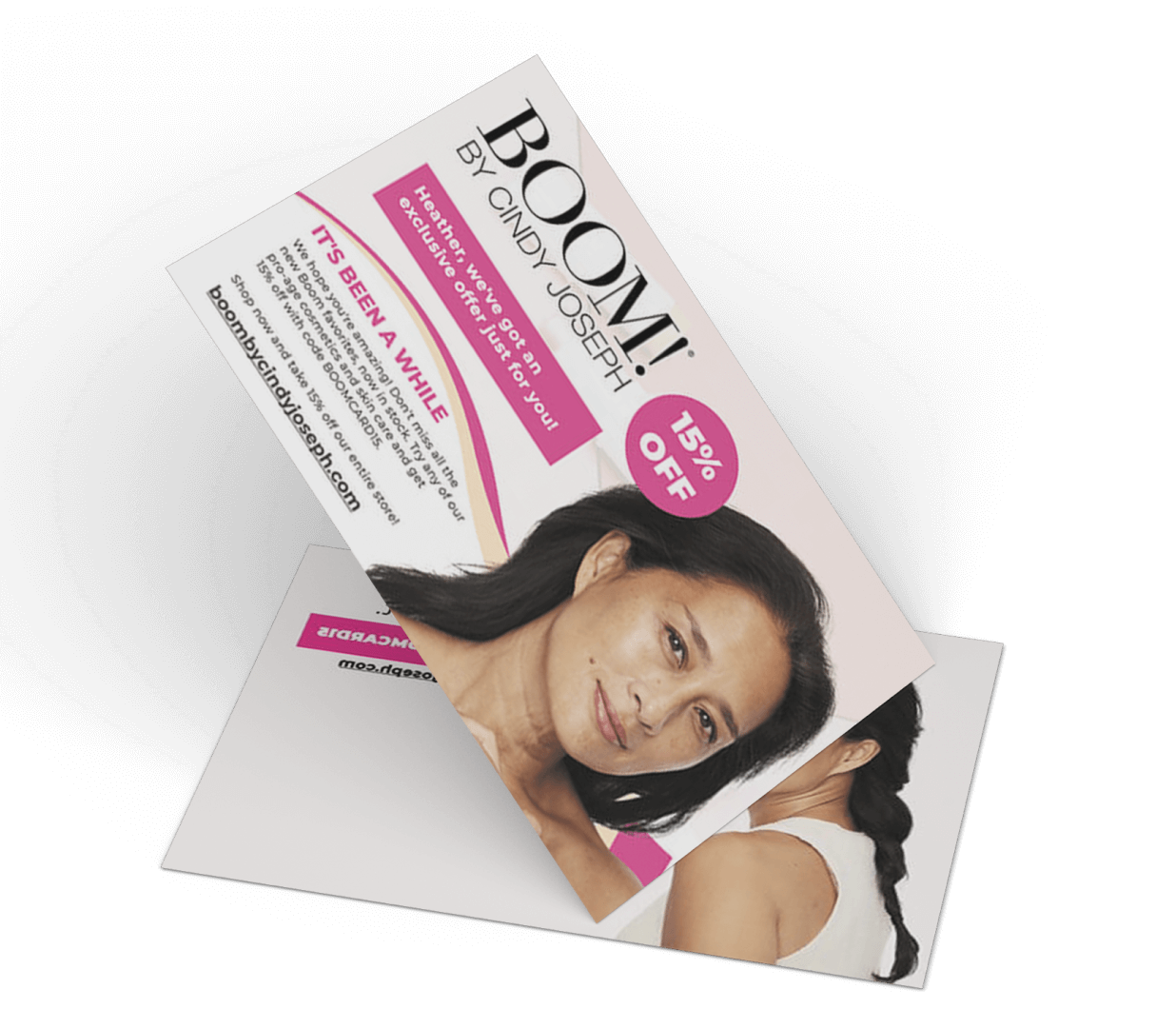 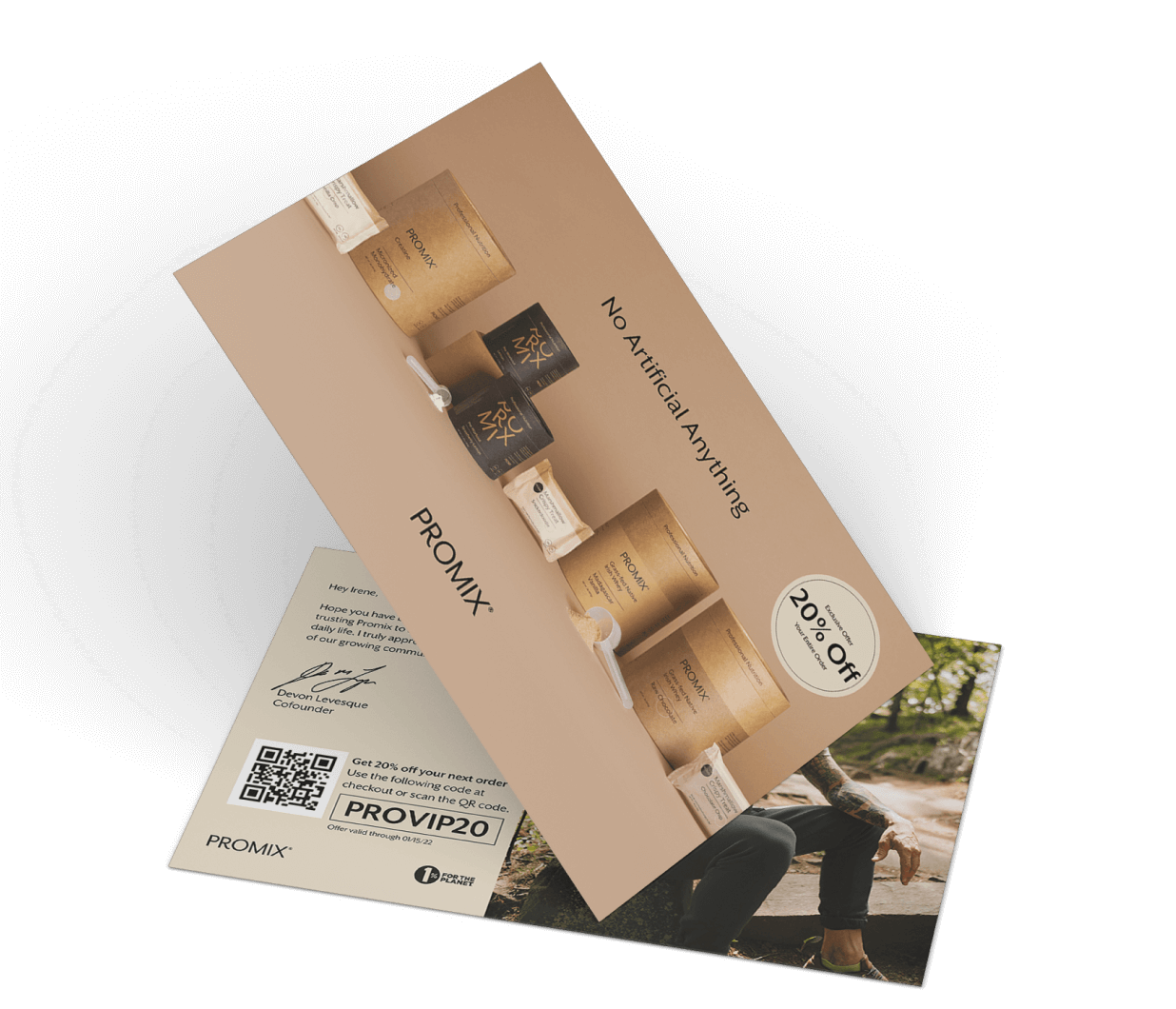 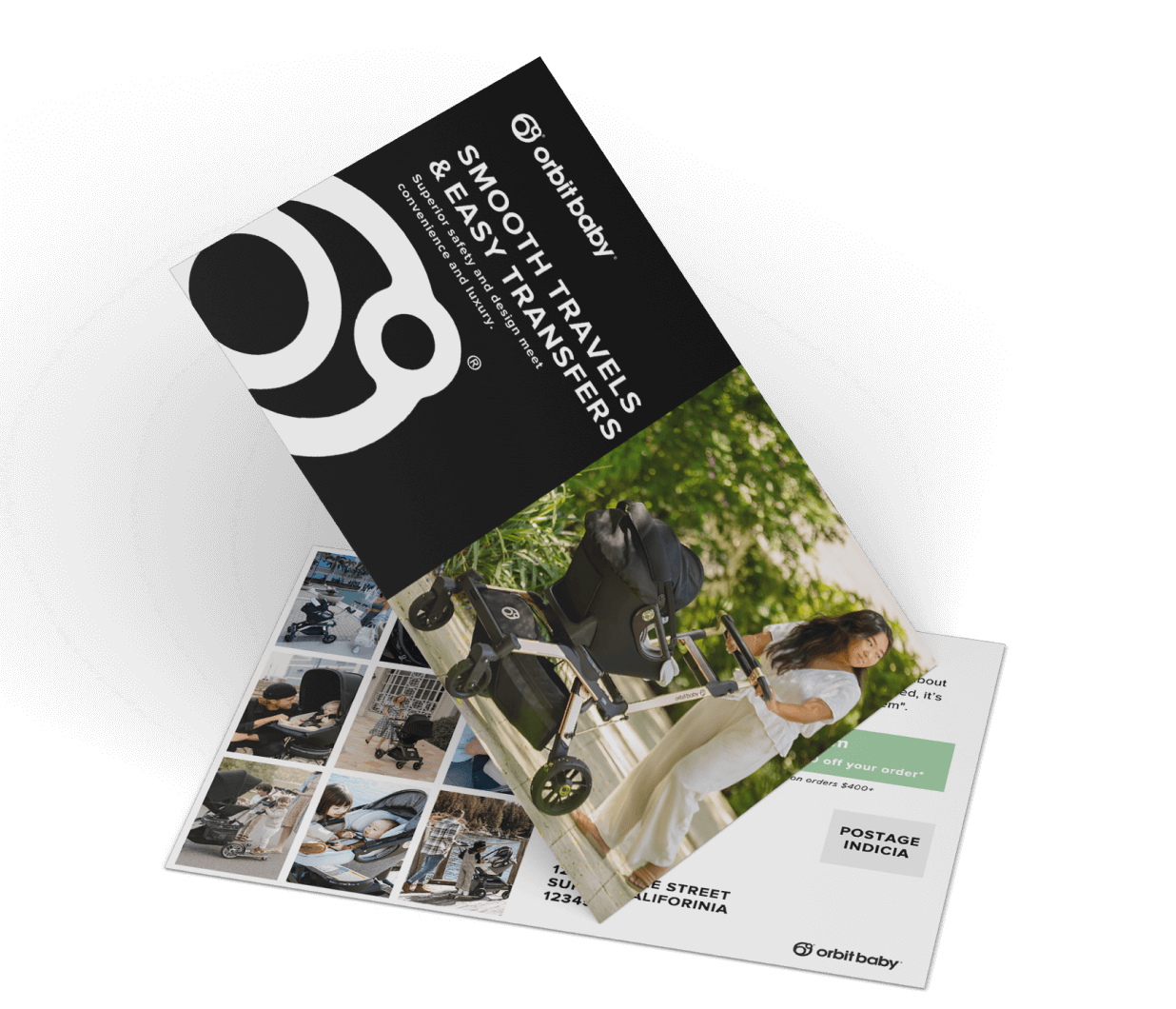 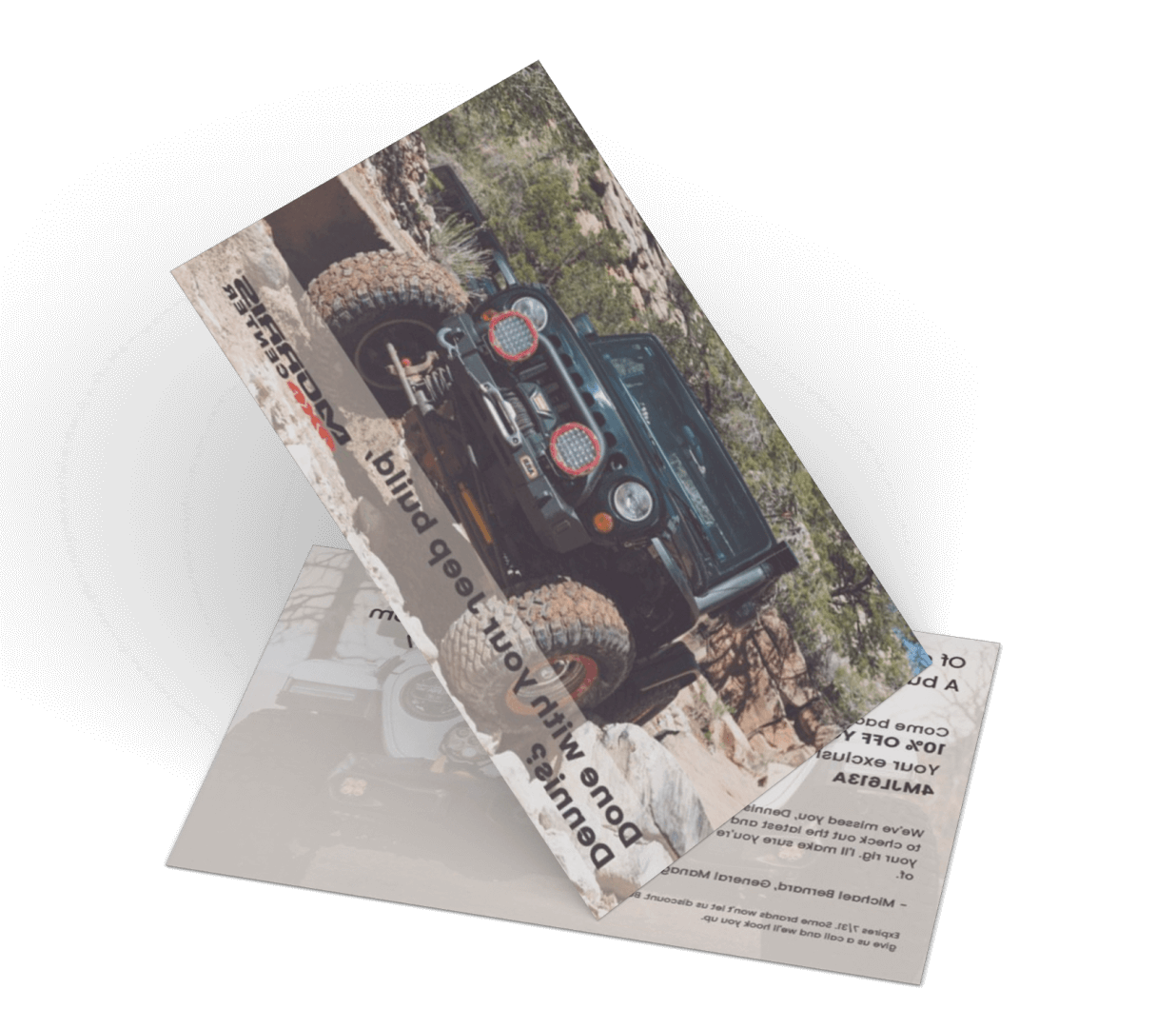 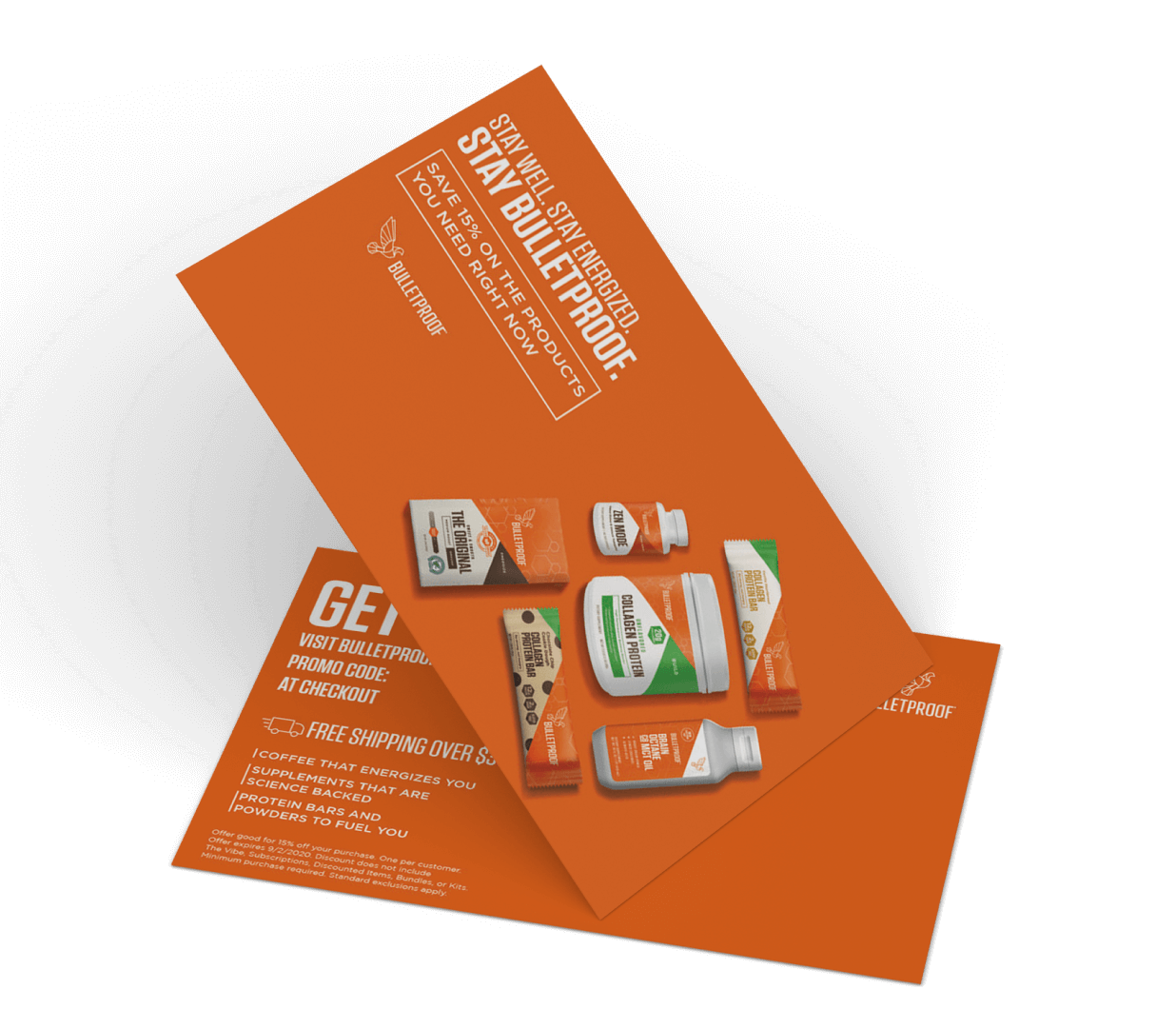 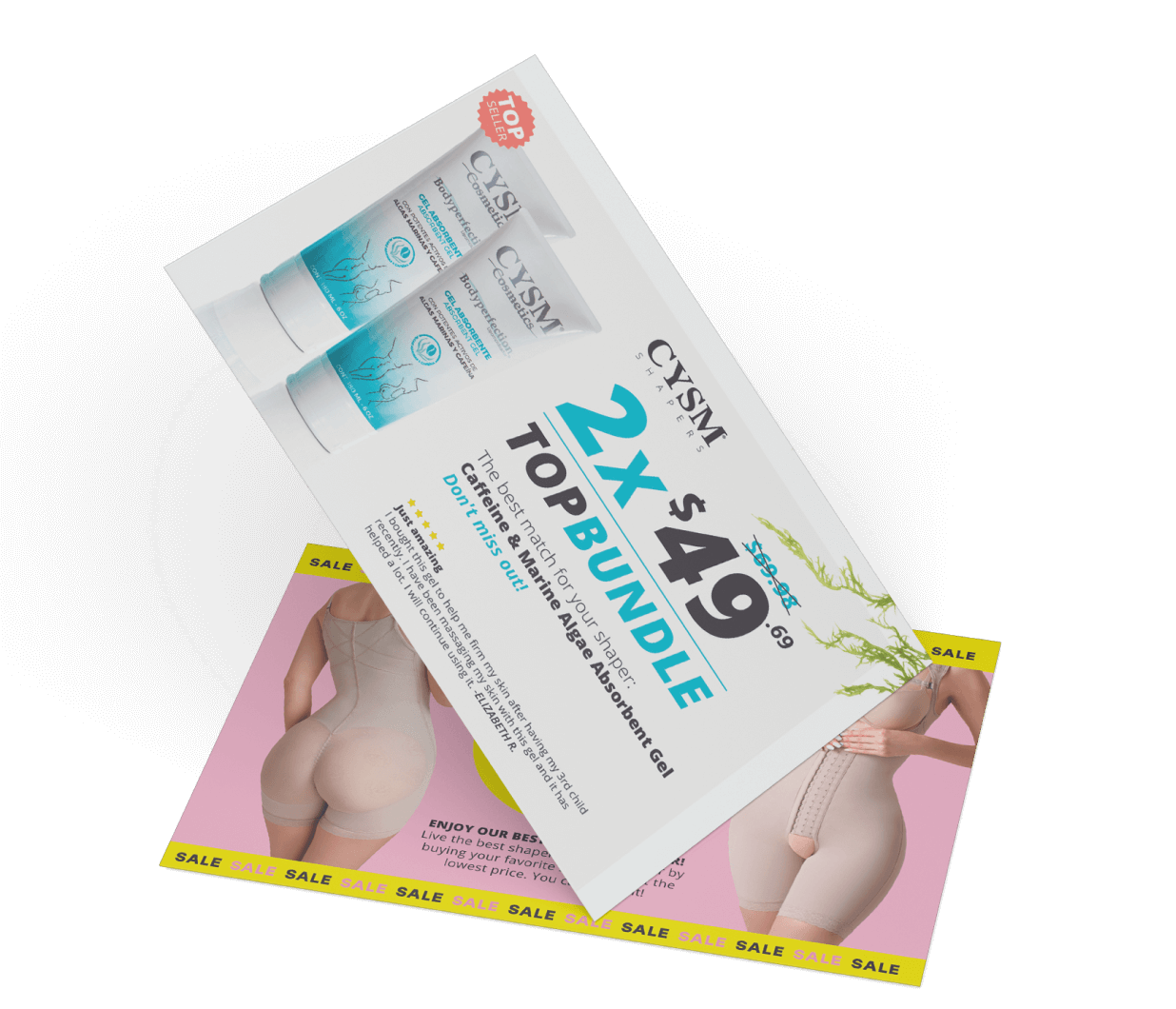 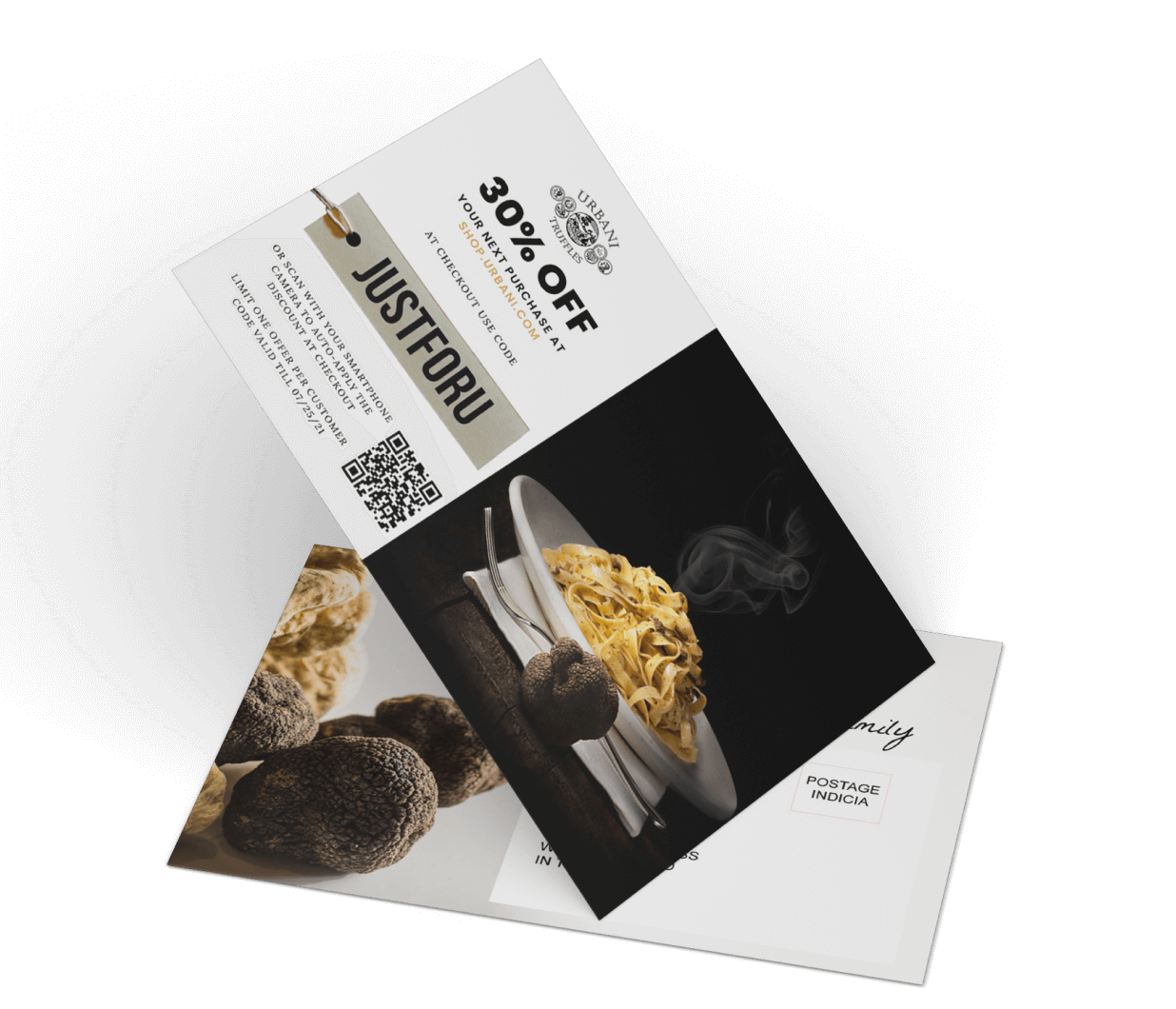 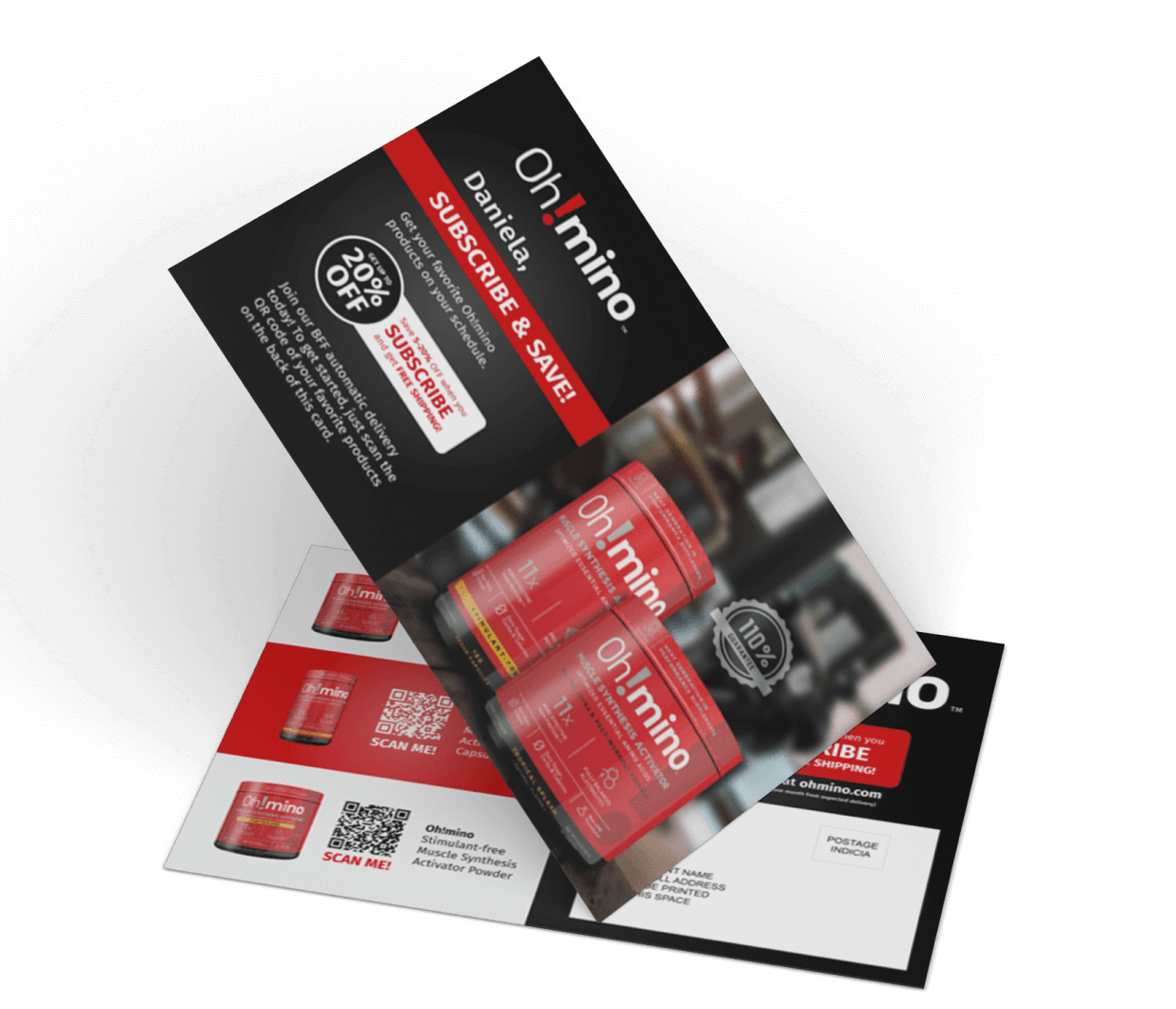 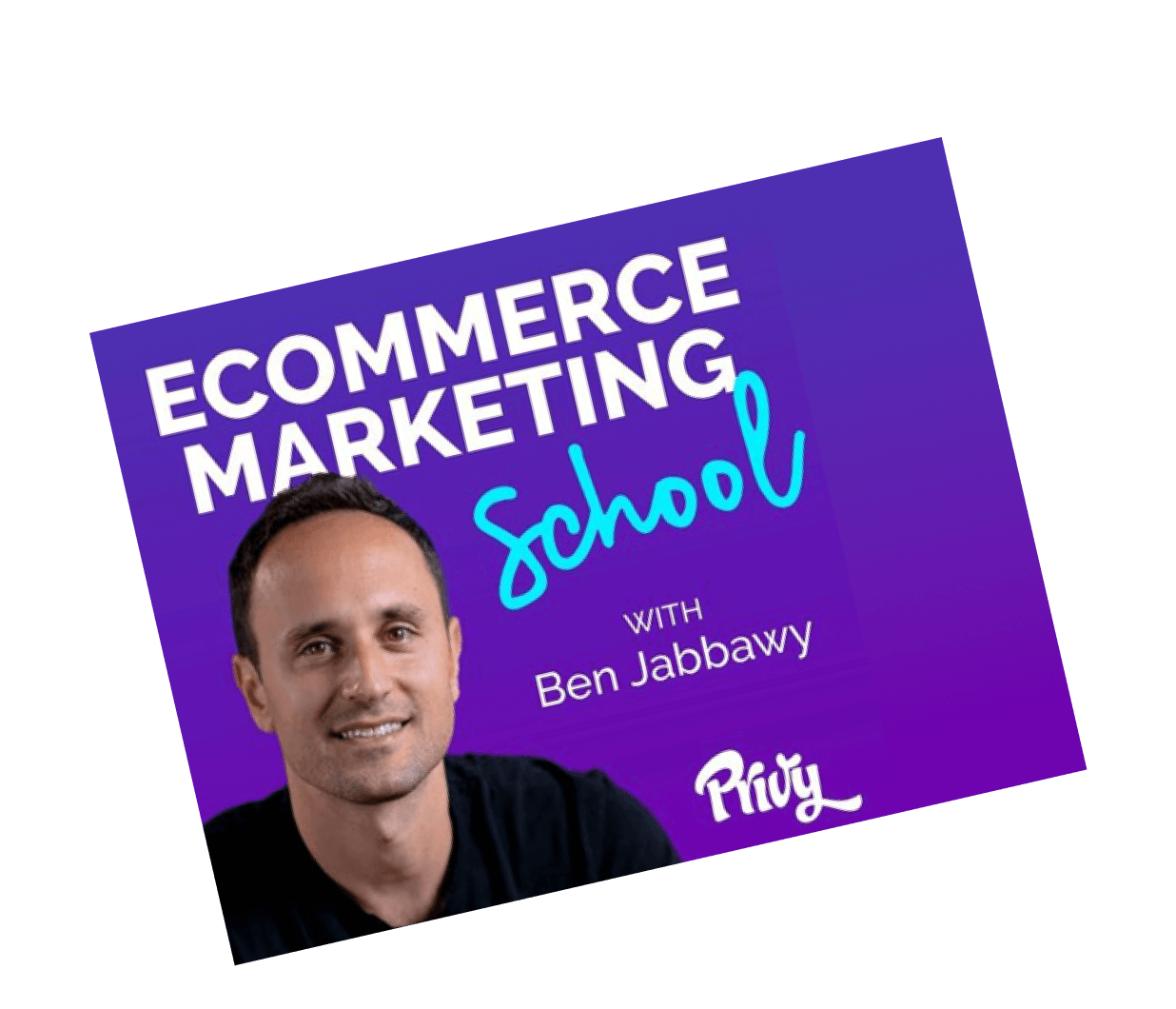 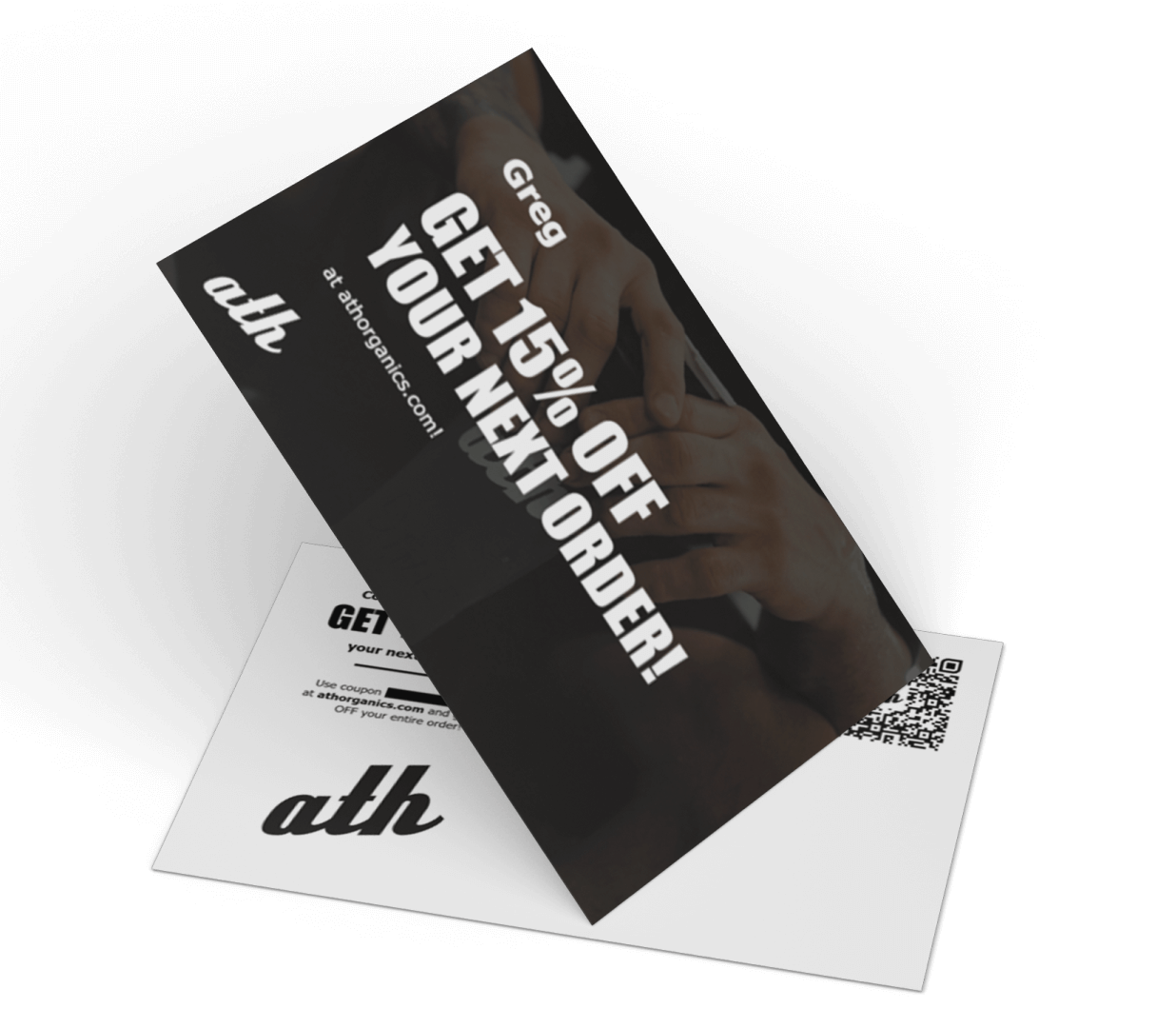